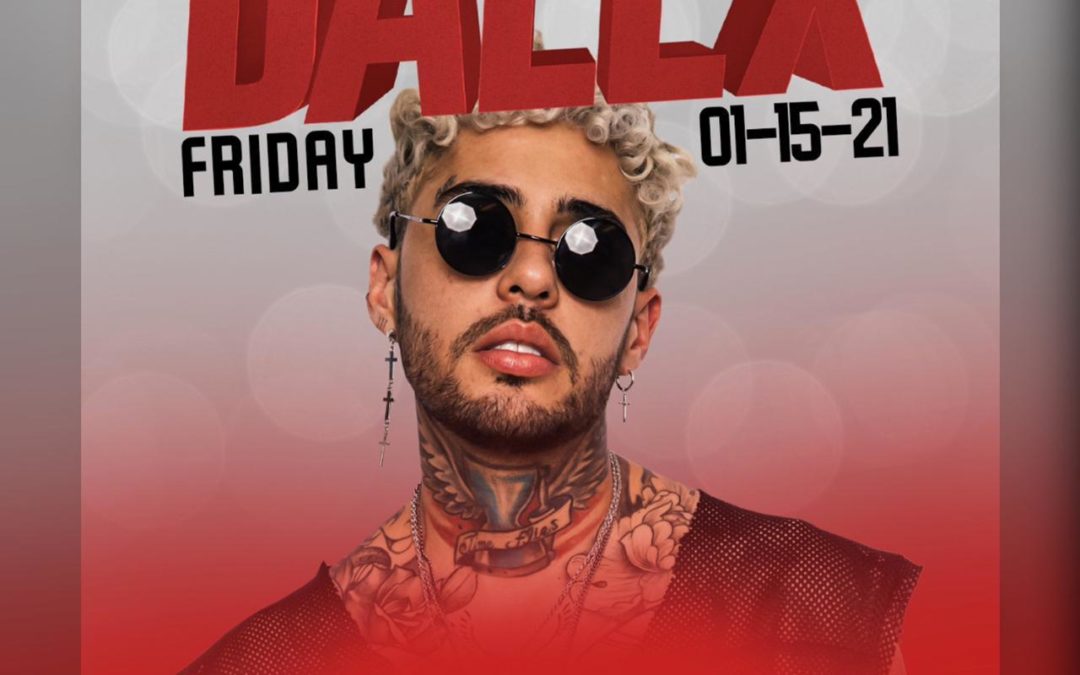 To book your private VIP Section & bottle packages contact us by

Dalex is the stage name of Philadelphia-born urban Latin singer and rapper Pedro David Daleccio Torres, formerly of the hit reggaeton duo Jayma & Dalex. That pair scored chart hits with 2014’s Hitmen-produced “Aquellos Tiempos” and “Me Encantas,” “Mañana,” and “Lento” (the latter featuring Cosculluela). Dalex’s solo career — which he’d originally intended to focus on before joining Jayma at the behest of his management team — commenced in earnest with 2017’s “Indomable” and resulted in the international number one hit “Puesto Pal Millón Remix” after he signed to Rich Music. Since then, Dalex has been prolific as a headline artist and a featured collaborator on recordings by Dimelo Flo, Cazzu, Lenuel, Alex Rose, and Justin Quiles. Furthermore, he has established himself as a songwriter, penning singles for Axel Caram, DJ Alex, and DJ John.

Dalex was born in Philadelphia in 1990. His parents divorced when he was 11 and he moved first to Allentown, Pennsylvania; after difficulty adjusting there, he moved to Puerto Rico in 2012. Deeply influenced by vintage reggaeton and North American R&B, the youngster wrote poems and rhymes for himself in a journal. After high school he attended barber college. After graduating, he moved to Orlando, Florida to give a music career a try. His work and presentation were enough to entice Anikin Entertainment to sign him; the label had worked in conjunction with other record companies including White Lion and Flow Music. Anikin had also signed Juan Rodríguez (aka Jayma), whom Dalex had met some five years earlier. They were working in the same studio when a producer heard them and suggested a collaboration, leading to their formation as a duo.

The pair’s debut single, “Aquellos Tiempos,” was a regional hit and established them as a new force in urban Latin music. In addition to their own tracks, the pair collaborated on recordings by Jowell and Randy, J Alvarez, and Guelo Star. Their biggest hits were 2015’s “Me Encantas” and “Mañana,” which they supported with tours of Latin America and the Caribbean. Their 2016 follow-up, “Encendia Lucia,” featured participation from Jory Boy, Lil Geniuz, and Super Yei. Produced by JX El Ingeniero & Young Izaak, the track penetrated the international market and hit the charts in Colombia, Spain, and the United States.

Dalex decided to return to a solo career in late 2017. He signed to Miami’s Rich Music and dropped his debut single “Puesto Pal Millón Remix” in 2018; he was accompanied on the track by Justin Quiles, Alex Rose, Arcángel, Myke Torres, and Sech. Dalex and an assortment of different producers continued dropping singles and videos and he soon had enough material to create his own YouTube channel for fans. His 2018 La Nueva Ola EP drew critical raves as well as radio play and streaming chart success. By 2019 he was working on his debut album, after having hit the global charts with more than a handful of tracks. His March 2019 remix of the previous year’s “Pa Mi” (produced by Dimelo Flow) peaked at number one on the streaming charts in 12 countries and inside the Top Three in six more. In the spring of 2019, Dalex issued Climaxxx, his full-length debut, in May of 2019. It placed inside the Top 20 on the Latin Rhythms Albums charts and at 20 on the Global Streaming list. He followed it in June with the viral video/single “Cuaderno,” featuring Nicky Jam, Sech, Justin Quiles, Feid, Lenny Tavárez, and Rafa Pabon. That same year he teamed up with Rich Music labelmates like Sech and Justin Quiles on the collaborative compilation The Academy. Dalex’s prolific run spilled over into 2020 with the Modo Avión mixtape. ~ Thom Jurek

Believe. A world-class facility in the heart of Atlanta. Originally built in the 1900’s, the repurposed church has been transformed into a groundbreaking multi-purpose venue. The interior design ensures unobstructed sight lines to the cutting-edge high-end production. Comprised of four separate event spaces arranged over three levels, the venue features two full stages, a mezzanine, and two outdoor terraces with breathtaking views of the Atlanta skyline – the 15,000 sq ft concert hall is a one of a kind destination.

Believe stands tall at the Northwest corner of Ralph David Abernathy and Central Avenue in the heart of Atlanta.

Please park in one of our adjacent lots either RED or YELLOW off of Central Avenue. Parking is $5 in the Red Lot & $10 in the Yellow Lot.

All ticket holders please the side entrance located on the patio in our parking lot.

NB: BUYER BEWARE: Eventbrite is the ONLY authorized ticket seller for this event. If you buy a print-at-home-ticket or hard ticket from an unauthorized vendor or source (ie: Stubhub, ebay, craigslist) we cannot guarantee that it is a valid ticket. Eventbrite and Believe are not responsible for any counterfeit tickets and cannot provide refunds or exchanges. 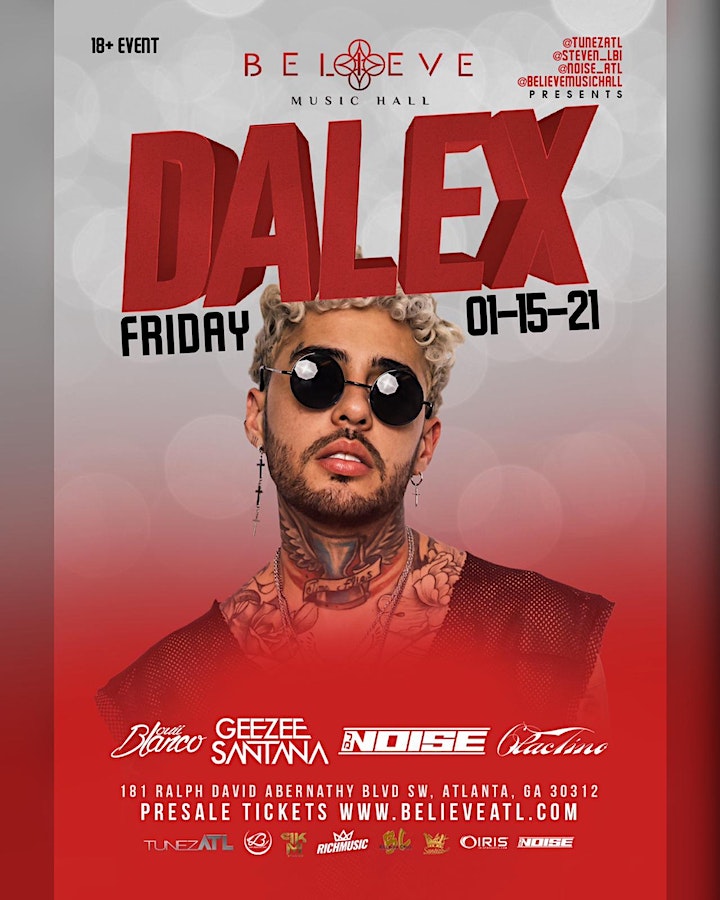