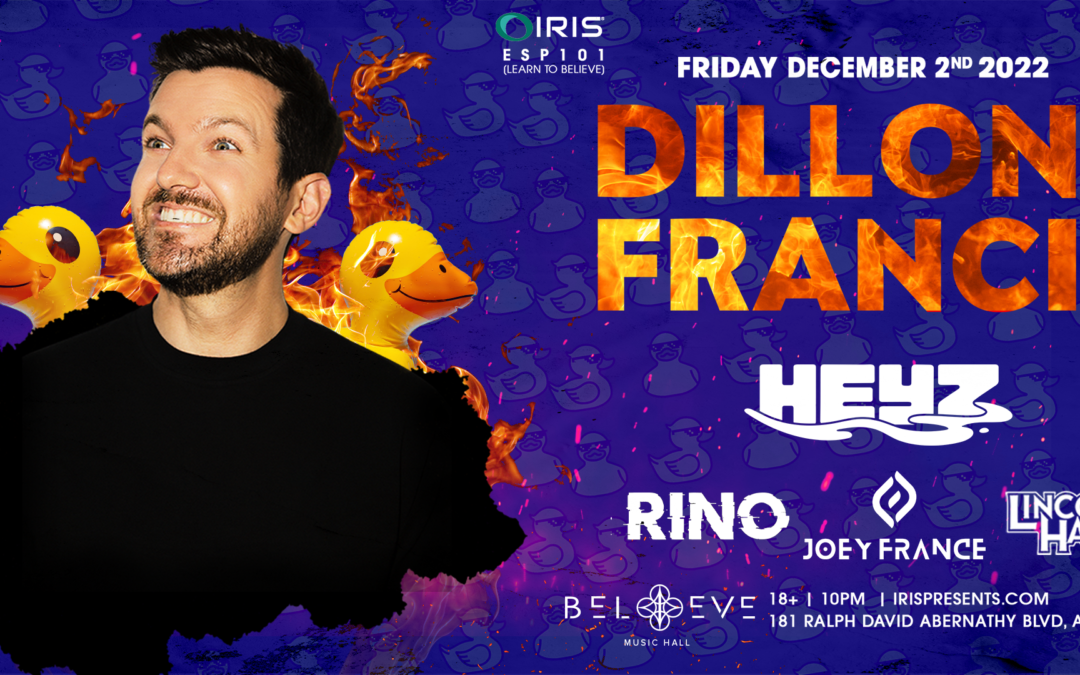 For the last decade, Dillon Francis has barely stopped moving. Since he first broke out with a series of vivid, vibrant dance tracks, he’s maintained a whirlwind tour schedule, playing festivals and shows across the world. In between making hilarious music videos, designing his own clothing line, and writing a surreal animated TV show, he has, of course, issued a nearly countless number of electrifying cuts. His restlessness has made for otherworldly, overwhelming music and compelling art no matter what medium he’s working in. There are always new worlds to explore.

Since rising to prominence as a standout in the colorful moombahton scene of the early 2010s, Francis has made a lot of music, both in collaboration and on his own. He’s made head-spinning dance music, brash rap tracks, and breezy reggaeton, though all his best moments blur together all these worlds and more. Part of the fun of listening to Francis’ music has become that you never know exactly what you’re going to get.

The diversity of his catalog has always been a strength — his genre bending hit “Get Low” with DJ Snake was RIAA-certified platinum, “Coming Over” with Kygo [feat. James Hersey] was RIAA-certified gold plus topped the Billboard Dance Club Songs chart, “Sexo” with Residente was RIAA-certified Latin gold, and “Anywhere” [feat. Will Heard] went to #1 on Dance Radio Airplay. His production work for other artists has been stunning too. Panic at the Disco’s “Hey Look Ma I Made It” — for which Francis helped craft the lush, colorful instrumental — was certified 2x Platinum and spent 65 straight weeks atop Billboard’s Hot Rock Songs chart. That’s to say nothing of tracks which have become underground hits at clubs and festivals around the world. And it all comes from following whatever sound or style caught his ear that day; his biggest singles and wildest experiments are linked by the unrestrained joy of always following his boldest impulses.

It’s a philosophy that’s gone outside of his musical work. As his production schedule has gotten busier and busier, he’s simultaneously branched out into other art forms. Recently, he’s been revising scripts on his long-awaited animated series Gerald’s World, currently in development with 20th Century/Wonderland. He’s also always hard at work on his kaleidoscopic Gerald clothing line with Barney Cools. He’s launched NFT projects with skater and digital artist Chad Knight, among others. And that’s just the stuff he’s up to right now. Over the last decade, Francis has built his career by adopting whatever wild idea strikes him on a given day, learning as he goes — making bold, brilliant art by refusing to stand still.¢

To book your private VIP Section & bottle packages contact us by email – vip@irispresents.com or call 770-827-3888

Believe. A world-class facility in the heart of Atlanta. Originally built in the 1900s, the repurposed church has been transformed into a groundbreaking multi-purpose venue. The interior design ensures unobstructed sightlines to cutting-edge high-end production. Comprised of four separate event spaces arranged over three levels, the venue features two full stages, a mezzanine, and two outdoor terraces with breathtaking views of the Atlanta skyline – the 15,000 sq ft concert hall is a one of a kind destination.

At its core, IRIS focuses on high-quality production coupled with a multi-sensory experience that sets the venue apart from other Atlanta spaces. Concert-goers can have an up-close view of the main stage on the large open dance floor, or enjoy a high-energy VIP experience at any of the elevated VIP tables. Wander between 3 levels to gain a perfect view from above on the Mezzanine and eventually discover the downstairs for an entirely unique and more underground experience.

This is “The Church” that started it all back in the nineties – come and re-live history and be a part of the future of IRIS ESP101 [Learn to Believe].

Location: Believe stands tall at the Northwest corner of Ralph David Abernathy and Central Avenue in the heart of Atlanta.

-Pryor Street or any adjacent streets to Believe Music Hall

Entry: All ticket holders please use the main entrance located on the patio by the parking lot

Welcome to our playground, whoever you are, whatever you believe, this is a place where you can come and express yourself. At IRIS, it’s about the music and the love for those that love electronic music. Everything involved with this night is our own and custom-built, from the heart, for your ultimate pleasure. From the massive sound rigs and custom lighting to the staff and overall energy we hope you will see and feel the difference in the IRIS Experience.

ESP101 [Learn to Believe] Atlanta’s #1 EDM event. Each and every Saturday we feature the most talented DJs, producers, and production teams, all coming together to bring you the most electrifying audio-visual sensory experience you have never seen before.