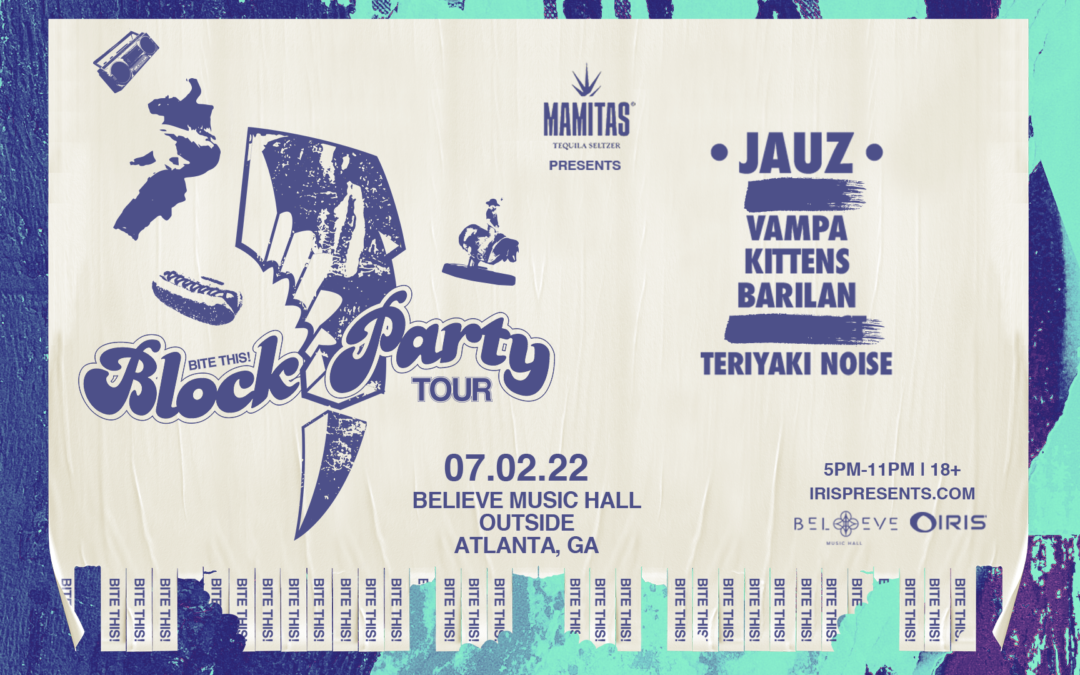 To book your private VIP Section & bottle packages contact us by email – vip@irispresents.com or call 404-578-4416

MUSIC HAS NO BOUNDARIES

The project of Sam Vogel, a 26 year old, LA-based icon collective graduate is one that combines brilliant production, energetic sets, and underground vibes that have captivated the hearts of the dance community. Hailing from the Bay Area, Vogel moved to Los Angeles to pursue a career in music. In just one year, he went from an aspiring producer in the crowd of hard Summer,to playing the main stage. Jauz’s release of the addictive mid-tempo original “Feel The Volume” earned him international recognition after its release on mad decent. Garnering support early on from the industry heavyweights like Zedd, Skrillex, Diplo, and others, Jauz quickly became a frequent on every major festival lineup. His euphoric originals and viral remixes seamlessly weave in and out of several musical categories. Since then, Jauz has boasted two sell-out tours “The Friendzy Tour” in 2016 and the Bite America! Tour in 2018 to launch his artist label “Bite This!” In 55 different cities across the US and Canada. All while also releasing his debut album “The Wise & The Wicked” that reached #1 on the dance charts in under 2 hours and earned over 20 million streams in less than 3 weeks from its August 31st release. In 2019 Jauz shut down the Sahara tent at Coachella with a performance that reached 100 million impressions over weekend 1 with the help of his official remix for Pinkfong’s International phenomenon “baby shark”. Keeping busy with festivals all over the world, Jauz began his television career with discovery channel as a guest host/DJ on shark week’s ‘Shark After Dark’ alongside Rob Riggle. Following the release of his club ready “Dangerous Waters” EP, Jauz embarked on a sold out us / Canada tour accumulating over 60,000 tickets across for 40. Leading into COVID-19, Twitch streaming was a big priority for Jauz and through various streams he raised more than $50,000 for non-profit causes with various guests including Illenium, Marshmello, and Alesso. His recently released single “Wildlife” w vocalist Karra was incepted between the two on a zoom call during quarantine and streamed live to fans during the process. Who knows what else is in store for the shark squad but one thing is for sure, Jauz continues to keep true to his creed “Music Has No Boundaries”.

Believe. A world-class facility in the heart of Atlanta. Originally built in the 1900s, the repurposed church has been transformed into a groundbreaking multi-purpose venue. The interior design ensures unobstructed sightlines to cutting-edge high-end production. Comprised of four separate event spaces arranged over three levels, the venue features two full stages, a mezzanine, and two outdoor terraces with breathtaking views of the Atlanta skyline – the 15,000 sq ft concert hall is a one of a kind destination.

At its core, IRIS focuses on high-quality production coupled with a multi-sensory experience that sets the venue apart from other Atlanta spaces. Concert-goers can have an up-close view of the main stage on the large open dance floor, or enjoy a high-energy VIP experience at any of the elevated VIP tables. Wander between 3 levels to gain a perfect view from above on the Mezzanine and eventually discover the downstairs for an entirely unique and more underground experience.

This is “The Church” that started it all back in the nineties – come and re-live history and be a part of the future of IRIS ESP101 [Learn to Believe].

Location: Believe stands tall at the Northwest corner of Ralph David Abernathy and Central Avenue in the heart of Atlanta.

Parking: Please park in one of our adjacent lots either RED or YELLOW off of Central Avenue. Parking is $5 in the Yellow Lot and $10 in the Red Lot.

Entry: All ticket holders please use the entrance at the Red Lot.

Welcome to our playground, whoever you are, whatever you believe, this is a place where you can come and express yourself. At IRIS, it’s about the music and the love for those that love electronic music. Everything involved with this night is our own and custom-built, from the heart, for your ultimate pleasure. From the massive sound rigs and custom lighting to the staff and overall energy we hope you will see and feel the difference in the IRIS Experience.

ESP101 [Learn to Believe] Atlanta’s #1 EDM event. Each and every Saturday we feature the most talented DJs, producers, and production teams, all coming together to bring you the most electrifying audio-visual sensory experience you have never seen before.