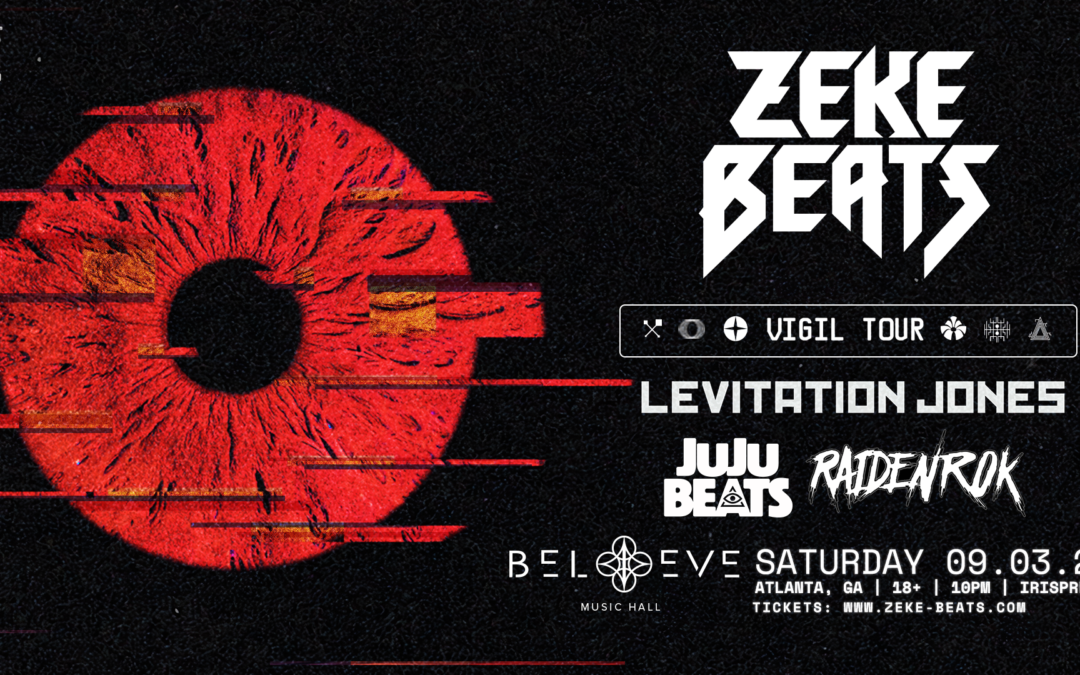 ZEKE BEATS is a creative force to be reckoned within the electronic landscape, continually described as one of the most technically fluent and forward thinking artists active in the game. A power player signed to Australian-based agency, TMRW, andUS-based Wasserman, ZEKEBEATS is certainly no novice. Threaded with monstrous bass lines that have long been an indispensable part of his sound, ZEKE BEATS’ idiosyncratic brand of hip-hop and grime influenced bass has pervaded modern electronic circles since his 2016 breakthrough with his debut EP, Meltdown.

Importantly, ZEKE BEATS is no “push play” personality… He is an IDA Australasian Scratch Champion leading to represent his home country of Australia in the prestigious IDA World Championships which he ranked fourth in the world. Z has also been crowned by none otherthan Grandmaster Turntablist, DJ Qbert, as the first ever Qbert Skratch University Valedictorian. He harmonizes three integral components of his multifaceted musical identity: Producing, Mixing, Scratching… which extend beyond the videos that ZEKE BEATS shares on his socials to his adrenaline spiking sets. ZEKE BEATS plays to win.

The infamous rockstar of bass music steps up with a rule-bending approach. Levitation Jones, Brian Gardner, is regarded as a young veteran of the underground music and festival scene. First gaining respect from the crowd for being a dance floor starter and spinning some of the most unexpected and gloomy music out there, Jones has really leveled up as a producer to match the heat in those sets with plenty of hits and cult favorites.

Being a standard producer/DJ is far from Levitation’s knack, however. Hosting and writing radio, podcast, and game shows, curating lineups, take-overs, and the notorious ‘Heterodox’ compilation, and touring the U.S. with both Danley Sound Labs and HSD Sound Systems to promote the culture properly rounds out some of the cat’s multi-faceted rap sheet. LJ has worn many hats, approaching the industry from a fan-first perspective.

Parodying an egotistical rockstar loosely based on himself, the Jones character is often used as commentary on the insignificant triflings of the day-to-day, providing a much-needed distraction. A modern-day bard, the entertainment mindset fuels the rambunctious live antics and satirical persona of your favorite villain.

Levitation Jones makes art for people who don’t take themselves too seriously, but at the same time, encourages introspection and reflection.

To book your private VIP Section & bottle packages contact us by email – vip@irispresents.com.

Parking: Please park in one of our adjacent lots either RED or YELLOW off of Central Avenue. Parking is $5 in the Yellow Lot and $10 in the Red Lot.

Entry: All ticket holders please use the main entrance located on the patio by the parking lot